Smart Contracts In Insurance Industry: How to Make It Work

The insurance industry is a major worldwide economic player. Businesses, individuals, healthcare providers, and even governments all need insurance. Despite its scale, the present insurance system is cumbersome and lacks communication between parties. Creating smart insurance contracts instead of cumbersome paper agreements may help.

What is a Smart Contract?

Smart contracts are a blockchain-based innovation that has already impacted businesses. A smart contract is computer software that automatically enforces an agreement when certain conditions are satisfied.

Why do Businesses need Smart Contracts?

To comprehend smart contracts, we must first comprehend the function of the blockchain. While most people think of blockchain for Bitcoin, there are other ways to leverage the technology.

Data may be disseminated via blockchain technology. This implies that all transactions are handled by the code, preventing any third-party interference.

A blockchain ensures that each transaction is done and cannot be modified. Each chain automatically follows the preceding one. Generally, Ethereum is used today to build and execute smart contracts.

Even the most promising technologies require time to mature. Despite the buzz, the blockchain is still widely misunderstood. The same goes for making smart contracts a foolproof universal business solution. Preoccupations with smart contracts’ popularity include:

The major barrier that might sabotage the use of smart contracts in insurance is the need to code for every possible outcome. Things that seem simple on paper might be tough to code. Especially because most organizations start with the simplest models, such as if X happens, then Y happens.

An insurance blockchain smart contract takes a high degree of programming abilities. For starters, only Ethereum experts can build a reliable smart contract. It’s a difficult undertaking since the technology is complex and requires extensive knowledge of software development.

Awkward smart contracting. Because they’re performed sequentially, if one is absent, the contract fails. Even though eliminating human input is one of the main benefits of smart contracts in insurance, they still need human input throughout creation. Err is human, remember.

Insurance is one of the most regulated industries. Despite the government’s considerable interest in blockchain technology, smart contracts are still mostly uncontrolled. So yet, it’s unknown how to legally create and utilize smart contracts in insurance.

Most insurance companies are intimidated by smart contracts. And rightly so. But if insurers want to offer innovative customer-centric solutions, they should know what to anticipate. The following development stages will provide you with a basic idea of how to create a smart contract without becoming too technical.

The Ethereum network lets users create custom tokens that perform certain activities. The issue is to know which functions to run and which business logic to include.

The blockchain network should operate smart contracts. But this may create issues with testing. Autotests work well. Autotests ensure a smart contract’s functionality by simulating a real-world setting.

Even though there are no official smart contract verification standards, developers may use unique settings to test their smart insurance code. An honest evaluation and acceptance procedure should include numerous reviewers and provide outcomes visibility.

Now it’s time to publish the smart contract on the Ethereum blockchain for everyone to see. While there are tools to speed up deployment, developers must submit contract code to the blockchain to be mined. The contract is deemed deployed once mined.

An insurance firm using blockchain-based should have internal or external resources to manage smart contract infrastructure.

When it comes to creating blockchain-based apps, Cloud Primero is an industry leader. Additionally, we have developed blockchain-based smart contracts solutions for real estate, IoT-based transactions, and authentication utilizing tokens and academic records in addition to our vast mobile/website app development expertise. With Cloud Primero, you can have your ledger digitized and decentralized by developing Blockchain apps for the web and mobile devices. Cloud Primero can assist you in creating a game-changing application that operates on blockchain technology and is specially tailored to your business’s needs. This will assist you to stay ahead of your competitors and attain the top spot in your sector. 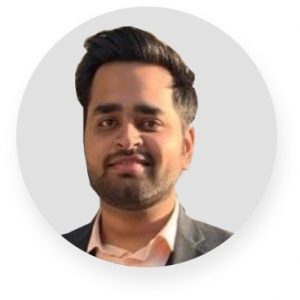 Share your thoughts with us! Your email address will not be published.

Share your thoughts with us! Your email address will not be published.

How cloud computing is reinventing the supply chain

We use cookies on our website to give you the most relevant experience by remembering your preferences and repeat visits. By clicking “Accept All”, you consent to the use of ALL the cookies. However, you may visit "Cookie Settings" to provide a controlled consent.
Cookie SettingsAccept All
Manage consent

This website uses cookies to improve your experience while you navigate through the website. Out of these, the cookies that are categorized as necessary are stored on your browser as they are essential for the working of basic functionalities of the website. We also use third-party cookies that help us analyze and understand how you use this website. These cookies will be stored in your browser only with your consent. You also have the option to opt-out of these cookies. But opting out of some of these cookies may affect your browsing experience.
Necessary Always Enabled
Necessary cookies are absolutely essential for the website to function properly. These cookies ensure basic functionalities and security features of the website, anonymously.
Functional
Functional cookies help to perform certain functionalities like sharing the content of the website on social media platforms, collect feedbacks, and other third-party features.
Performance
Performance cookies are used to understand and analyze the key performance indexes of the website which helps in delivering a better user experience for the visitors.
Analytics
Analytical cookies are used to understand how visitors interact with the website. These cookies help provide information on metrics the number of visitors, bounce rate, traffic source, etc.
Advertisement
Advertisement cookies are used to provide visitors with relevant ads and marketing campaigns. These cookies track visitors across websites and collect information to provide customized ads.
Others
Other uncategorized cookies are those that are being analyzed and have not been classified into a category as yet.
SAVE & ACCEPT
×